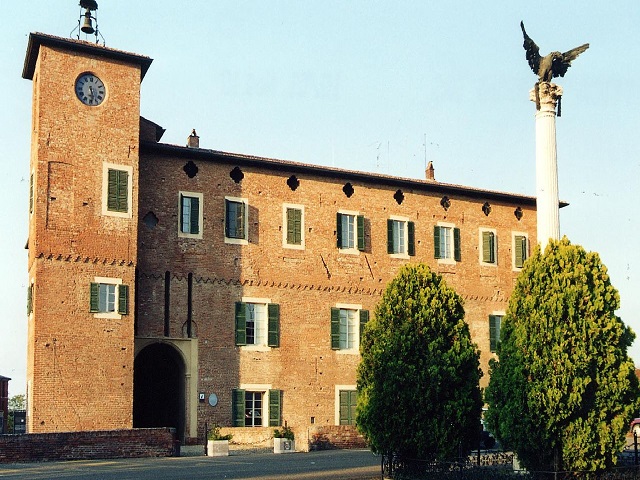 Val Tidone, along with the smaller nearby Val Luretta, are a piece of paradise in the southern part of the Piacenza territory, full of small medieval villages and castles which are real artistic jewels and priceless treasures of the local cultural patrimony.

Through Val Tidone one encounters Sarmato, with its splendid castle; Castel San Giovanni with Villa Braghieri and the Collegiata; Borgonovo Val Tidone no less important than nearby towns. There are many monuments, churches and piazzas to be visited. The first thing that strikes visitors is an avenue that surrounds most of the town in a lovely green embrace, interrupted only in Piazza Garibaldi and Piazza De Cristoforis giving the town a special ancient atmosphere. 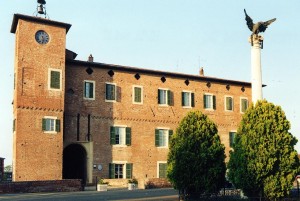 The first place to visit is the Castello della Rocca; its history is inevitably that of the town. The castle  built in 1196  has a tower, walls , moat and fortified entrances. The two drawbridges have been eliminated. Through the ages, the castle has undergone changes caused by damage or invasions that have irrevocably changed its original form. The exterior we see today dates to the year 1313 and was built by the Visconti family. The Rocca has had several owners: the Arcelli, Visconti, Piccinino, Sforza, and Zandemaria in 1691. The Zandemaria family transformed the fortress in a luxurious castle with an art gallery with over 240 works of art including Correggio and Guido Reni. In 1875 the castle was sold to the town for Lire 80.000.

Along Via Roma, at the intersection with Cantone della Chiesa, there is the 17th Century Church of the Immaculate Conception. Originally, the church had a tower with three levels. Today there is only one low tower to the left. The interior is of simple beauty: an octagonal plan, marble floors host a precious representation of the Virgin Mary. On the second floor of the church it is possible to see what remains of ancient frescos in the cupola. An organ, wooden choir, refined paintings of the Virgin and a beautiful marble alter surmounted by a semi-circular vault complete the interior.

The Church of the SS Sacramento, built between 1555 and 1558, has recently been restored and saved from destruction. The façade has been saved from erosion while the statues which occupy the side niches are faithful reproductions; the inside of the church merits attention: three beautiful bays and above all, an ancient organ – work of Angelo Amati of Pavia. 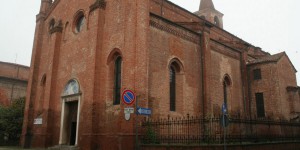 Our tour of Borgonovo Val Tidone proceeds with one of the most important sites: the Collegiata, dating to the year 1211, is an important gothic brick church  dedicated to Santa Maria Assunta. The façade is a wonderful example of neo-gothic style built with brick. At the highest point of the roof there are octagonal pinnacles with columns and rounded arches which give an austere look to the whole church. In the middle and on the sides of the façade, there are three rose windows of artistic value.

Right outside the Collegiata, one encounters Palazzo Radini Tedeschi, ancient headquarters of the noblemen of the city. The palace we see today is the result of changes which took place over the centuries, but the original construction dates to the middle of the XVII Century. Large windows on the majestic  façade overlook the street below; inside splendid rooms and an extraordinary staircase which dates to the year 1736.

The aqueduct of Borgonovo is in Piazza De Christoforis and is named after Pietro Sacconi: Restored and salvaged from destruction, this aqueduct today represents, along with the Andreoli Institute, an example of rational style owing to its simple structure composed of two cubic blocks one on top of the other and six cement panels forming square terraces.

A tourist who chooses to visit the hills of Piacenza, in particular, Val Tidone, for a vacation, has a lot to discover: the artistic patrimony here is of priceless value.