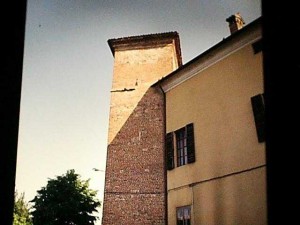 Gazzola is located in a strategic position between the Po Valley and the first hills of the Piacenza province and its territory lies between the Luretta stream and the Trebbia river.

Already populated in the prehistoric era, Gazzola was the cite of numerous roman settlements and the 18th of December, 218 A.D. the legendary Battle of Trebbia took place between the Roman troops headed by Tiberio Sempronio Longo defeated by the Carthaginian army led by Annibale.

The battle is famous for the shrewdness of Annibale who forced the Romans to wade through the Trebbia river and fight in unfavourable conditions of wet and cold. Furthermore, a detachment of chosen troops of the Punic army were employed by Annibale to attack the enemy from behind at the peak of the battle.

The area was later dominated by the Franks as proven by the findings of warrior tombs. During the middle ages many powerful castles were built in the area.

The Castle of Gazzola, first mentioned in 1328 , was the property of Bartolomeo Dolzani. Today it hosts the town hall.

Like many other castles in the Piacenza province, several noble families owned the Castleof Gazzola: the Anguissola, the Bonelli, lastly the Mascaretti  from 1850 to 1870 when it was bought by the Municipality.

It is U shaped and has two grand square towers. A well and double loggia adorn the internal courtyard. A fireplace with the coat of arms of the Bonelli dominates the grand hall of the castle.