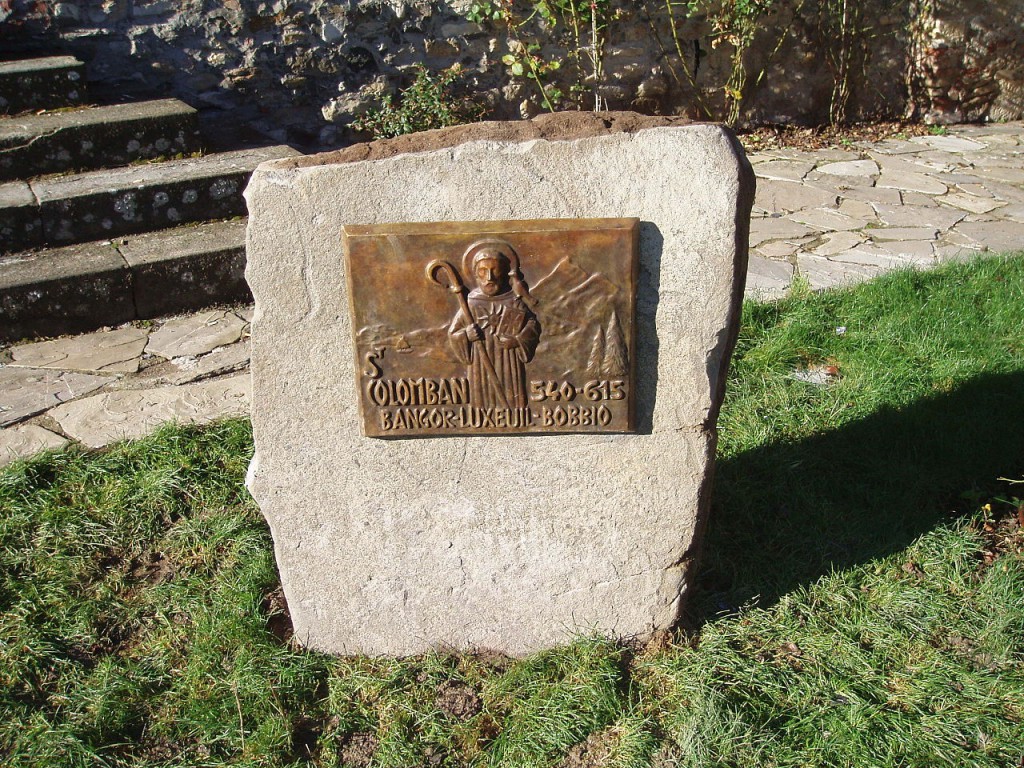 Saint Colombano, an Irish monk with a spiritual, biblical and classic education, arrived in Bobbio in 614.

The parish church of Vicobarone is dedicated to Saint Colombano and an alter piece painted by Pollinari ( an artist form Piacenza  1813-1896) portrays the saint protecting Vicobarone and its surrounding hills.

Saint Colombano was converted to Christianity by Saint Patrick, and in agreement with the ruling king, was sent as a missionary to Europe still predominantly pagan. Saint Colombano, along with a dozen companions, evangelised France, Romania, Switzerland and Italy. Small convents were built in each place and became places of worship and culture.

In Switzerland his disciple Saint Gallo remained in the area of Lake Constance while Saint Colombano  continued to Brianza and then to Pavia, town chosen by the Longobards as their capital. The Catholic Queen Teodolinda, in accordance with King Agilulfo, donated Bobbio with the Church of Saint Peter and a square piece of land 4 milesper side to Saint Colombano.

Colombano with his monks, according to their customary methods, restored the church and built modest dwellings for themselves. This was the nucleus of the future monastery which would become one of the most important centers of culture of Italy and of Europe.

The population of  Bobbio in Val Trebbia was from Liguria, with some romans, especially for the possibility to use warm salt spring waters.

Saint Colombano immediately started relations with the scarce residents and began to improve the agriculture and forests of the territory. Cattle  (Vaccarezza) and pig (Porcile later Santa Cecilia) breeding commenced: vineyards were cultivated with grape varieties from Borgogna and  the Rhine Valley.

Saint Colombano found the grotto of Saint Michael, near the Curiasca stream ( an affluent of the Trebbia river) to spend the period of Lent in 615. In the same year, his soul was rendered to the Lord on the 23rd of November.

The anniversary of his death coincides with Milan Expo and Pope Francis has been invited to Bobbio if he will be in Milan.

In the VIII century, Saint Colombano’s remains were brought to Pavia. Thus the itinerary Bobbio-Pavia of which there are various testimonies. There is a francigena mountain route from Milan to Pavia to Bobbio, which then follows the abbots way to Pontremoli (Tuscany)  and then to Rome. Saint Colombano had strong ties with Rome and his successors had the continuous necessity to reach  Rome.

The itinerary Bobbio-Pavia includes Canevino where Saint Colombano is celebrated and a stele commemorating his miracle of curing a young deaf boy has been erected. 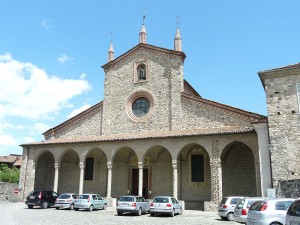 Pianello and Pecorara. For centuries generations have handed down the the miracle of the fava bean: a poor woman was planting fava beans. Saint Colombano conceded immediate growth of the precious bean in times of great famine.

The town of San Colombano al Lambro organized one of the first celebrations of Saint Colombano “Columban Days” followed by various localities in France and Germany tied to the Saint  and his monks.