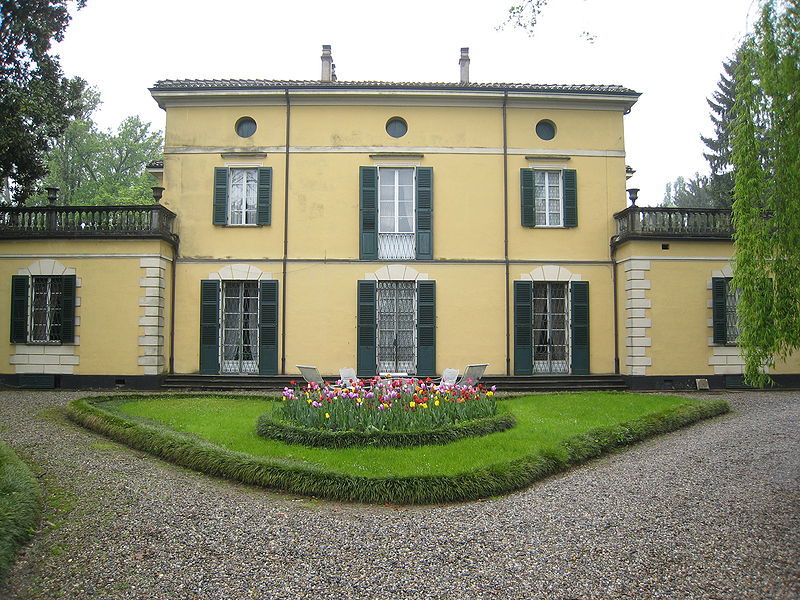 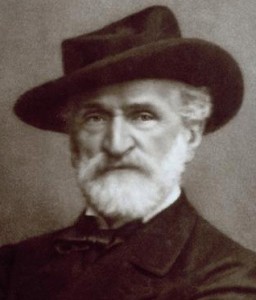 Giuseppe Verdi was born in Le Roncole, October 10th, 1813. The town, today  named Le Roncole Verdi, is a part of Busseto in the Parma province, not far from the border with Piacenza but we can easily affirm that the famous maestro, considered the greatest Italian composer of all times, is “piacentino”.

Verdi was very active in public affairs, a patriot considered a symbol of national unification.

Notwithstanding his immense artistic talent and valuable civil commitment, Verdi never disowned his own farm origins and those of his family. Instead he was so proud he dedicated love, passion and money to his estate in Sant’Agata di Villanova in the Val d’Arda valley.

He moved there in 1859 with his new companion, the soprano Giuseppina Strepponi and dedicated most of his time to the estate. From his precious diaries we learn that he was competent in the cultivation of poplars, irrigation, horse breeding and wine making. He was always up to date with the latest novelties and even travelled to foreign countries to learn new techniques.

According to Maria Zaniboni ( Maria Zaniboni, “Genius and Agriculture Get Along” in Historia n.272, October 1980) Verdi “desired money for a charateristic farmer’s motive that all farmers have: the dream of having a piece of land, a home, a mule, and eventually a wife.”

Verdi spent his last years between Sant’Agata and Milan. In 1899, he founded the Opera Pia Casa di Riposo per Musicisti which he considered his “Best Opera”. In his testament, he left considerable sums of money to the Pia Casa di Riposo as well as other  foundations including l’Ospedale Giuseppe Verdi founded by the maestro in 1888 in Villanova for the sick and injured.

The territory of Villanova was inhabited since the Roman ages when the swamps were reclaimed. Verdi was attracted by the beauty and peace of the area which has today become a tourist destination thanks to Villa Verdi. 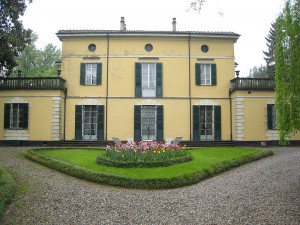 Originally a small construction with surrounding farm buildings, in 1848 Verdi radically renovated and united the buildings to form the new Villa. He added stables, a garage for carriages, a chapel where Holy Mass was celebrated even during the week thanks to a papal concession. The Villa can be visited upon reservation (tel. 0523/830000) as well as the surrounding seven hectare park in neoromantic style with a lake, swans, island, tuff grotto, ice-house and bird cage.

In the Villa, it is possible to visit Giuseppina Strepponi’s bedroom with her grand baroque four poster bed, and her terracotta bust by Tenerani, Giuseppe Verdi’s room with his piano and terracotta 1872 bust, his study, hat box with his top hat and suitcase as well as his library with scores of his music as well as his contemporaries. The red sitting room is on the ground floor where Verdi received his illustrious guests.

Villanova sull’Arda and Villa Verdi are about seventy kilometres from Podere Casale, an aprox. 60 minute drive. 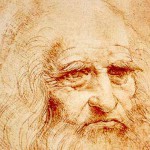