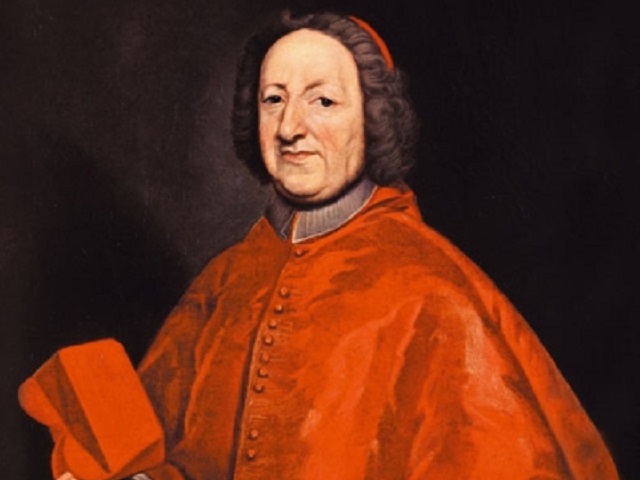 Collegio Alberoni is no doubt one of the oldest and most legendary institutions of Piacenza.

Founded in 1732 by Pope Clemente XII through the personal initiative of  Cardinal Giulio Alberoni (1664-1752) from Piacenza, it was inaugurated in 1751, and since the beginning has been a seminary for poor  aspiring priests under the direction of the Congregation of Missione di San Vincenzo de Paoli.

At the time Collegio Alberoni was founded, only the rich and noble had the privilege to gain access to studies required to become a priest. Giulio Alberoni was well aware of this as he was born in Fiorenzuola d’Arda in the countryside of Piacenza and came from a poor family. His father was a gardener and mother a seamstress. His father died when he was only 10 years old and he had to earn his living by working as a gardener and hired farm help. 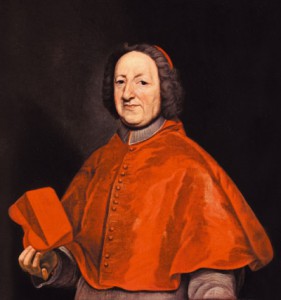 At fifteen he obtained the humble task of caring for the Piacenza cathedral, and thus had the opportunity of being appreciated for his perspicacity by bishop Giorgio Barni (1688 – 1731) who looked after him and paid for his studies.

Without this providential encounter, the destiny of the future cardinal would have been that of a life of struggles and poverty without ever being able to emancipate himself from the role of a farm help.

Kissed by fortune he was able to begin a brilliant and fortunate ecclesiastic and political career that enabled him to accumulate a conspicuous amount of money and become Prime Minister of Spain under King Filippo V of Spain.

He received his vows in 1698 and became canon of the cathedral.

In 1706 he was appointed secretary to Duke Luigi Giuseppe di Borbone-Vendome and frequented the court of Luigi XIV.

In 1712, thanks to his ever growing reputation, he was nominated consol of the Parma Dukedom at the court of Spain. In this role, a few years later, he convinced King Filippo V, who had just lost his wife, to marry Elisabetta Farnese, niece of the Duke of Parma.

King Filippo V wanted a meek woman of good character. Alberoni described Elisabetta as a provincial small town woman, rather ignorant and willing to do anything to get married as she was advanced in years. Convinced by this description, Filippo married Elisabetta by proxy August 25th, 1714. 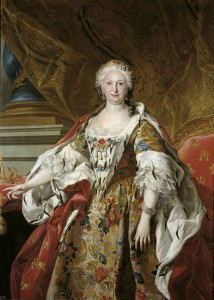 Elisabetta Farnese was actually very different from the way Alberoni astutely described her to convince the king to marry her. Far from ignorant, she was very educated and spoke four languages fluently. Above all she was very ambitious and had a very strong character, so much so as to subjugate her husband’s wavering nature and influence all important decisions. Thanks to Elisabetta’s  intercession, Giulio Alberoni was nominated First Minister of Spain in 1716 and was nominated Cardinal in 1717.

Elisabetta obliged Alberoni ,against his will, to attempt conquering Sicily and Sardinia which provoked the immediate reaction of other European countries and France, England, Hapsburgs and Netherlands united victoriously to form the Quadruple Alliance against Spain.

Ironically Cardianl Alberoni was sacrificed as the scapegoat and had to flee to Italy in 1919 where  Pope Clemente XI ordered his arrest.

His good fortuned returned in 1724 when, after having been re-instated, he participated in the conclave that elected Pope Clemente XII. Alberoni was thereafter nominated papal legate in Romagna from 1735 to 1740 when he retired to Piacenza.

In the city where he began his incredible career, he dedicated himself with care and generosity to assure that other young poor men would have the possibility to release themselves from their condition through the creation of the Collegio that still today bears his name and forms seminarists from all over the world.

Well endowed with conspicuous financial resources of the cardinal from its founding date, Collegio Alberoni has become a renowned center of theological, philosophical and scientific study. 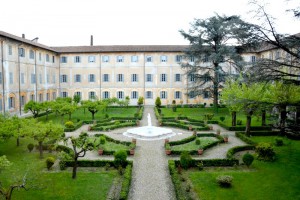 The large complex is located in Via Emilia, right in front of the University Cattolica of Sacro Cuore of Piacenza, and through the centuries has come to include a laboratory of physics and one of natural science, since 1802 a seismic and meteorological observatory still functioning today.

The excellent reputation of Collegio Alberoni has continued to increase through the centuries and the solid scientific and liberal arts education, as well as the theological, preparation, has guaranteed an excellent future for many illustrious personalities such as : Gian Domenico Romagnosi, Melchiorre Gioia, Francesco Biondelli and the future cardinals Agostino Casaroli, Sivio Oddi, Opilio Rossi, Antonio Samorè and Luigi Poggi.

There is also a very large library in Collegio Alberoni containing over 130,00 volumes some of which are very antique. 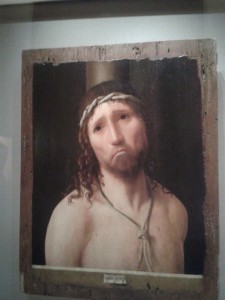 The most important paintings are in the 18th century building in the rooms reserved to Cardinal Alberoni..There are works of Italian and Flemish painters such as  Jan Provost, Luca Giordano, Guido Reni, and Antonello da Messina.

Tapestries and other paintings are exhibited in the Nuova Galleria Alberoni built in the 1960’s by the architect Vittorio Gandolfi. This modern building also houses a concert hall and a convention hall.

A large part of the Collegio, the art gallery and the Nuova Galleria are open to the public.

For information on visiting hours, tickets and opening days contact the following numbers: