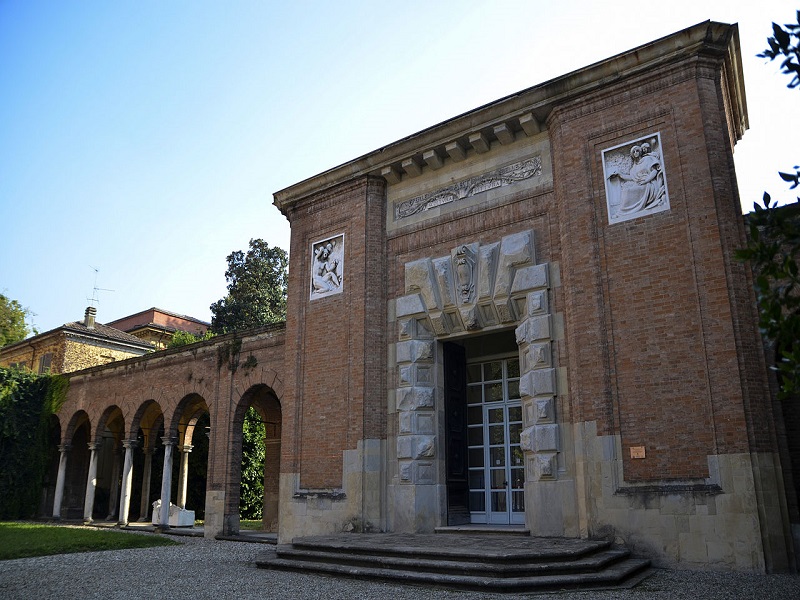 Piacenza and its surrounding territory offer many sites to visit: of these Galleria Ricci Oddi is a must.  A jewel of incalculable value, it hosts an enviable collection of modern art.

Enthusiasts will find what they are looking for in Via San Siro, 13 Tel./Fax 0523/320742  email info@riccioddi.it segreteria@riccioddi.it 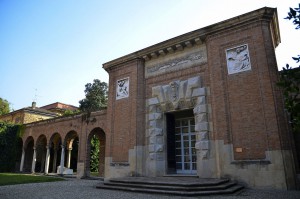 The Galleria was envisaged and created by Giuseppe Ricci Oddi, a great lover of art; the architect who designed the building which hosts the gallery, Giulio Ulisse Arata, states that “The Modern Art Gallery is the result of a single mind” so much so that it still bears his name today.

This great patron from Piacenza was born October 6th, 1868. His father died when he was only 14 years old. He attended secondary schooling focusing on humanities in Piacenza and got his law degree in Rome.  He afterwards returned to his hometown Piacenza and took over the family business “Le officine meccaniche”. Notwithstanding his pressing reponsbilities, Ricci Oddi never forgot his greatest passion for art. In 1897, when only 29 years old, he came into possession of an entire floor of the family palace situated in Via Poggiali and in time created a sublime art collection. “ShornSheep” by Filippi and “After Novara” by Previati are the first two paintings he bought thus giving way to the birth of Galleria Ricci Oddi.

Surrounded by his friends the sculptor Oreste Labo, the art historian Leandro Ozzola, the architect Giulio Ulisse Arata, and other less famous but equally artistically and culturally educated, such as Laudadeo Testi and Carlo Pennaroli, Ricci Oddi transformed his palace in an art gallery with works from Italy as well as from abroad.

In 1924, Ricci Oddi made an historic decision which had a lasting impact on the city of Piacenza: he decided to donate the entire collection he had dedicated his life to and most of his money to the city of Piacenza. He also paid for the construction of an appropriate building to host the collection. When he died he did even more: he left money, jewels and shares to the Gallery so as to assure the possibility of adding new works to the collection.

The Galleria Ricci Oddi opened in 1931 and flourished until the Second World War. After the war, new acquisitions followed and the Galleria has continued to add new works continuously.

There are over four hundred works of art today, divided in areas of geographical provenience and single subject rooms. At first, Ricci Oddi dedicated particular attention to the romantic era onwards up to contemporary art. In fact, Ricci Oddi particularly loved figurative art which is the fil rouge of the entire collection and there is a palpable balance throughout all the works even among very different Italian and foreign artists. Foreign works were chosen on the basis of existing ties with Italy.

Galleria Ricci Oddi is situated right in the center of Piacenza, to testimony how art can be the neuralgic center of a community that focuses on culture. Consider that only a short distance from the Galleria, in Piazza Sant’Antonino, there is an ancient Basilica which dates to the 400’s dedicated to the patron saint of the city. It is a worthy example of Romanesque architecture with a large octagonal tower. Completely destroyed in the X century, the Basilica was rebuilt as of the XI century.

The Municiple Theatre is also close by. Inaugurated in 1804, work of the architect Lotario Tomba, its spelendid façade calls to mind that of Teatro alla Scala of Milan. The fabled interior designs are the work of the scenographer Alessandro Sanquirico. Not far from the Theatre is Piazza Duomo with the Cathedral dating to 1122, Piazza Cavalli with Palazzo Gotico and the equestrian statues of Ranuccio and Alessandro Farnese. In other words, there could not have been a better location for Galleria Ricci Oddi, a natural meeting place for history, culture and beauty.

Free Entrance the first Sunday of every month.