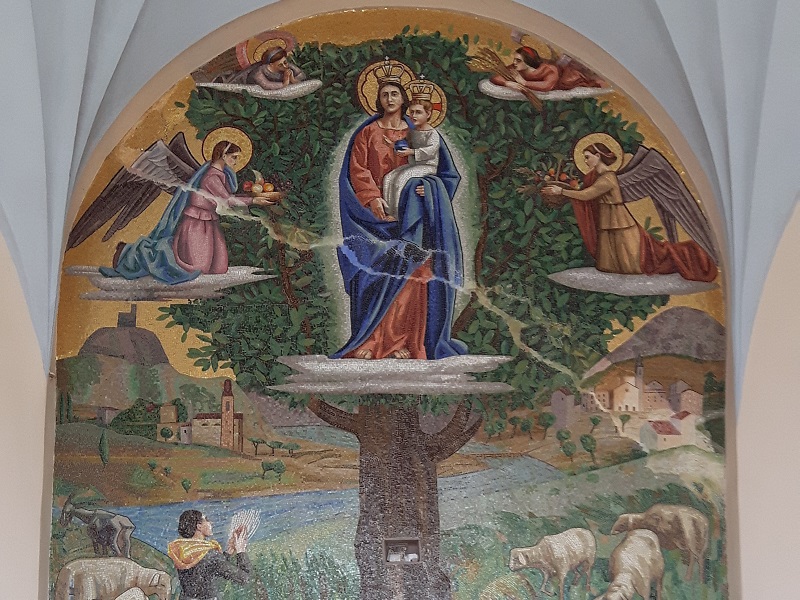 The town of Bettola, in the province of Piacenza, is known to be the site of the appearance of the Madonna of the Oak Tree, in the Nure valley 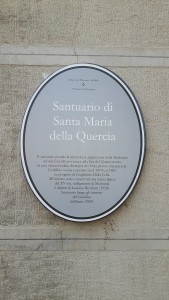 In 1496 a young shepherdess was grazing her flock and resting under an oak tree when suddenly the Madonna appeared between the branches of the tree.

The young girl saw an intense light between the branches and then an extraordinarily beautiful woman who seemed to be dressed in light and had the child Jesus in her arms.

The Virgin, according to the story handed down, said the following: “I am the Madonna, tell the leaders of this town that I want a church built in this site to be dedicated to Maria of the Oak Tree to honor and glory Jesus”

At first the notables did not believe the young girl. She returned to the site of the appearance and once again saw the Virgin; she again referred what she had seen and this time was believed because the fingers of the young girl mysteriously shown like burning candles.

The faithful immediately ran to the site and pilgrimages were so impressive that for purposes of public order, Ludovico Sforza il Moro, Duke of Milan, asked his Commissioner in Piacenza, Ambrogio Zanca, news of the pilgrimages. 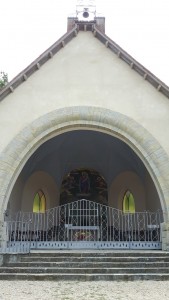 The Commissioner’s response, dated May 15th, 1497, reported twelve miraculous healings in Val Nure between April 10th and May 4th in the site of the Virgin’s appearance. The original document is preserved in the State Archives of Milan.

A church with a statue of the Virgin and a convent of the Franciscan Friars was built in honor of the Virgin. An oak tree was walled up inside the church and relics of this tree can still be seen today.

Both the church and convent were closed by Napoleon in 1810. For a short period the convent was used as a prison.

Of the convent, only a tower remains today. The church was destroyed and a new Chapel of the Appearance was built on its site in 1954 designed by Pietro Berzolla.

The Chapel is mountain style with a sloping roof and domed ceiling. The 1955 alter with mosaics  is the work of Luciano Richetti

The Chapel was damaged by a landslide which split the mosaics in two in 1974.

The architect Enea Cigala handled the restoration. The church was reinforced with concrete and thus protected from further landslides. The outside frame of the Chapel was repaired and the surrounding countryside was increased.

The original project of Berzolla was respected but the Chapel became more visible. The mosaics were repaired but the crack caused by the landslide is still visible. A display case hosts a relic of the appearance. 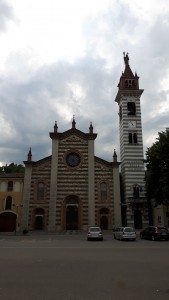 The construction of a new Sanctuary began October 5th, 1879, when the Bishop of Piacenza, Gianbattista Scalabrini, set the first stone. The entire population of Bettola participated in the construction, bringing stones from the nearby Nure river to the construction site.

The Sanctuary, dedicated to San Giovanni, Patron of the town, was designed by Guglielmo Della Cella in Roman-Lombard style, with a black and white stone façade and high reliefs of the sculptor Poliaghi.