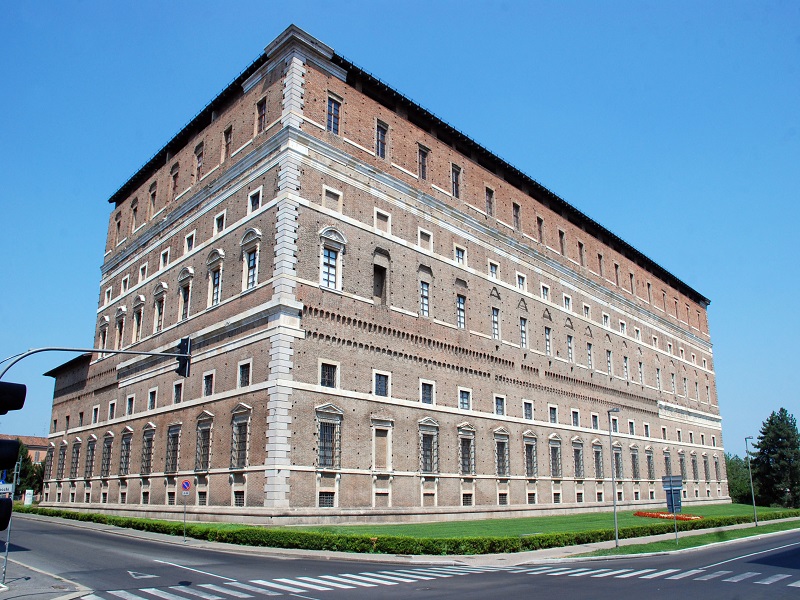 Palazzo Farnese is no doubt the symbol of Piacenza: Duchesse Margherita d’Austria (1522-1586 ), wife of Ottavio Farnese, after whom the  palace was named, ordered its construction and in the  middle of the 1500’,  was part of the majestic Citadella Viscontea, and official residence of the family. The architect Jacopo Barozzi, known as “Vignola” designed the palace. Today the palace stands in the northern part of the town and is witness of the magnificence and power of the ducal family and hosts the Musei Civici and State Archives.

A greatly valued touristic site, the Palace and its Museums are judged “Excellent” by visitors that have reviewed it on Trip Advisor with over a hundred enthusiastic comments, and is second on the list of places to visit in Piacenza, right after Piazza Cavalli, the historical piazza which hosts Town Hall, known as Il Gotico, and the two bronze Equestrian statues the work of Francesco Mochi ( 1580-1654 ). 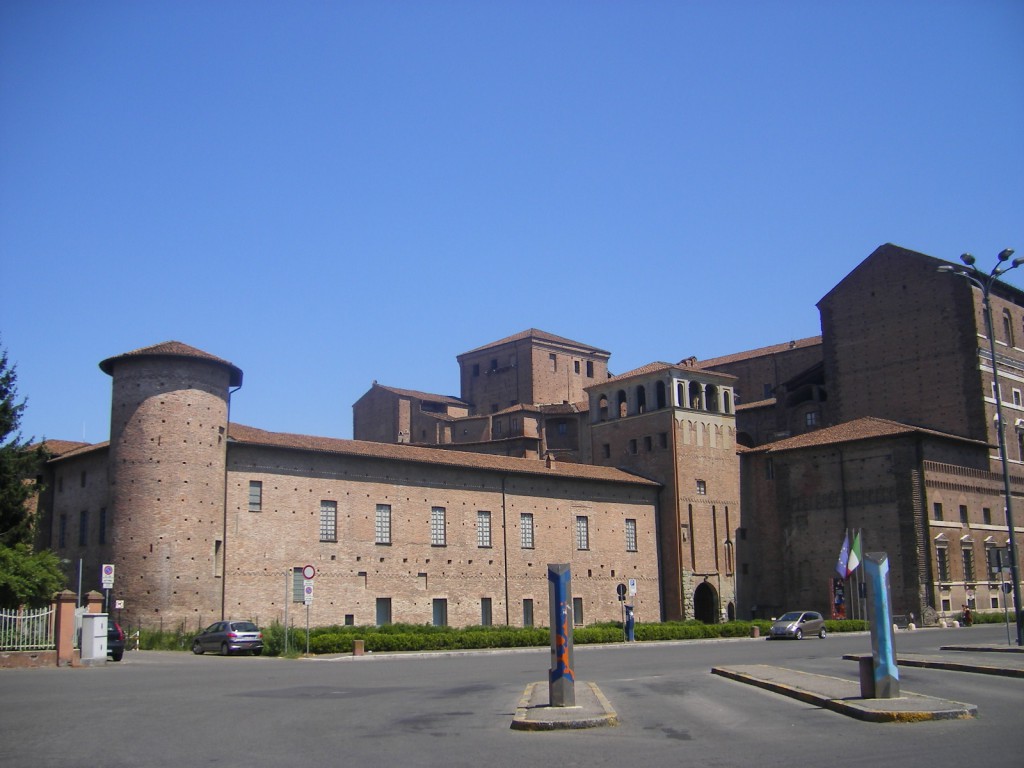 Palazzo Farnese was the residence of the Duchesse of Parma and Piacenza, Margherita d’Austria, daughter of Carlo V, and she lived in the palace without her husband Ottavio who remained in Parma. The construction of the new majestic ducal residence was at first assigned to the architect Urbino Francesco Paciotto ( 1521-1591). In 1558, Paciotti proposed to build the Palace on the foundations of the old visconteo castle of Galeazzo Visconti, Duke of Milano in the year 1352. Many problems impeded the realization of this project, so the Dukes decided to assign the project to a second architect, well known to the family, Jacopo Barozzi, “Il Vignola” (1507- 1673). The ancient castle stood in a strategic position: close to the walls of the city and very close to the Pò river; this  allowed strict control of the town and easy access to Lombardy and thus Milano by boat. History narrates that Pope Paolo III, in 1545, separated Piacenza and Parma from the Dukedom of Milano and established an autonomous Dukedom ( Dukedom of Parma and Piacenza ) assigned to Pierluigi Farnese, who chose Piacenza and the viscontea Cittadella, the only example of a military fortress , as his residence. The Duke decided to restore the Cittadella and assigned the project to Michelangelo and Antonio da Sangallo who were supposed to make the palace more functional and secure. Unfortunately the project was put aside owing to the conspiracy and subsequent violent death of Pierluigi, and the arrival of the Spanish Governor of Milamo, Ferrante I Gonzaga.

The second project dates to 1561 and is much more majestic: the four wings of the palace were enlarged and the courtyard was extended; the idea to build on the old viscontee foundations was abandoned because it was not feasible. Work ended in  1602: owing to the scarce economic resources of the Farnese family, the project was not fully completed: what we admire today is only half of the Vignola’s original project.

The end of the Farnese lineage caused several problems to the Palace, and thus decadence: passage of riches to the Borboni greatly impoverished the majestic palace. In 1734 Carlo di Borbone ( 1716-1788 ) who had become King of Naples, decided to transfer the paintings and furnishings of Palazzo Farnese to his residence in Naples .After the Borboni, in 1803 the troops of Napoleon ransacked the jewel of Piacenza, while during the Second World War the Palazzo became a refuge for evacuees. All this contributed to its decadence thus giving way to the creation of an Institution in 1965, which included Ente Provinciale per Il Turismo, Piacenza Municipality, The Province and the Chamber Of Commerce to form  the Ente for the Restoration of Palazzo Farnese with the objective of restoring Palazzo Farnese to its ancient splendour. Senator Alberto Spigaroli was nominated President and withheld the position until his death in August 2014. The Palace ,state-owned, in 1976 was granted to the City of Piacenza that chose it as the site of the Civic Museum, inaugurated in 1988. At the end of 2014, the Palace officially became property of the City of Piacenza.

A long and arduous job to restore Palazzo Farnese to all its magnificence: firstly roofs and walls of the rooms in the east wing on the first three floors were restored, to then proceed to the meticulous cleaning of the splendid stuccos. The floors, of breathtaking beauty , were in part restored and where it was not  possible to recuperate the original, skilfully reconstructed. The entire task of restoration went in the direction of “conserving”, in other words, the recuperation of as many original elements as possible. At the beginning of the 1990’s , the restoration of the rooms on the first floor ended and it was possible to host the art collection of the pinacoteca. In the same period, the very precious Cappella Ducale was restored ,  real pride of the Palazzo, as well as the cellar, the courtyard and the  façade. Very slowly the ancient structure came back to life, for the pride of the citizens of Piacenza as well as art lovers. The restoration is not yet completed : the Palazzo, owing to its imposing size, continually requires maintenance to preserve its rediscovered splendor.