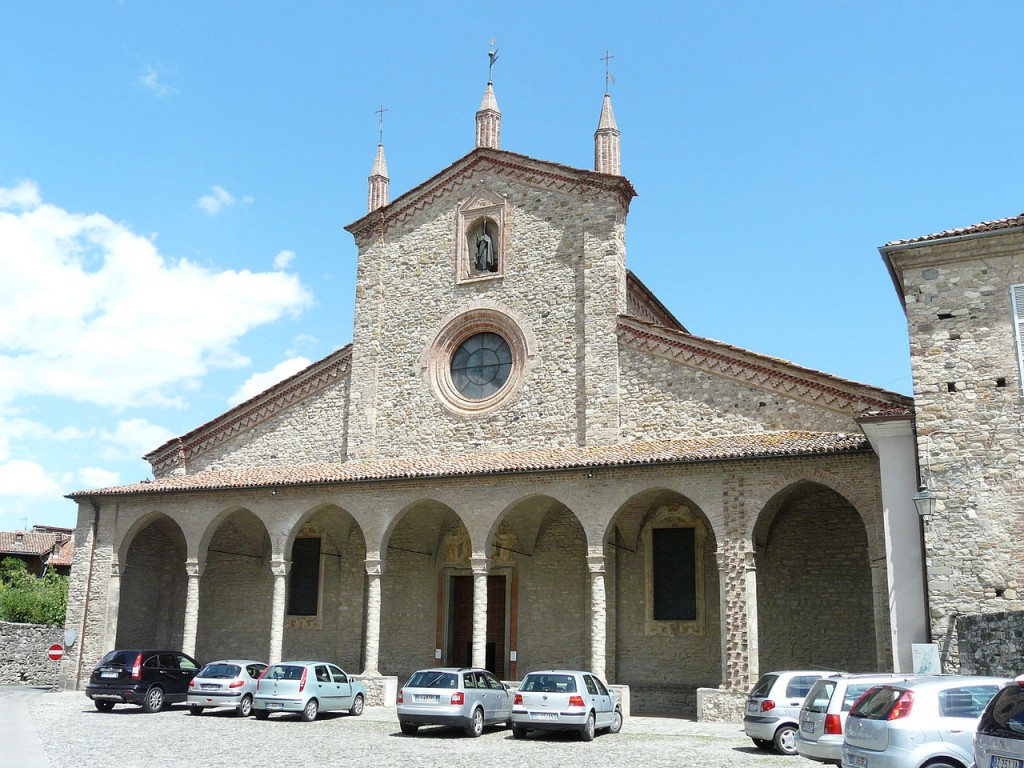 Throughout the centuries, a large part of Val Tidone belonged to Saint Colombano and his Abbey. The territory extended all the way to Lake Garda with its olive trees and vineyards. Historic documents do not cover this completely but the numerous churches dedicated to the Saint are evident testimony.

In Vicobarone, in front of the entrance to Podere Casale, there is a grand staircase that leads to the Church of Saint Colombano which was in origin a “monastic cell”, a small construction which gave shelter to two or three monks who were  responsible for the care of the land and the evangelization of the population. The cemetery of Vicobarone lies in the “Land of San Colombano”.  Archeologic findings indicate that a Roman “ Villa” existed close to a spring  surrounded by vineyards. The monks of Saint Colombano continued and promoted the cultivation of vineyards.

The church and parish of Pianello are dedicated to Saint Colombano.

In higher Val Tidone, Pecorara was included in the possessions of Saint Colombano before passing to the counts “Da Pecorara”, whose illustrious representative  Cardinal Jacopo Da Pecorara was a great adversary of Emperor Federico II.

Another church dedicated to the Irish Saint, but destroyed, was the Church of Monterosso della Pieve of Stradera di Nibbiano.

Churches and possessions dedicated to Saint Colombano go beyond the Piacenza province and can be found in the provinces of Parma, Bologna, Ancona, Genova, Imperia, Bergamo, Lecco, Lodi, Milano, Pavia, Sondrio, Alessandria, Cuneo, Novara, Firenze, Lucca and in the Trentino, Friuli, Lazio and Veneto Regions.