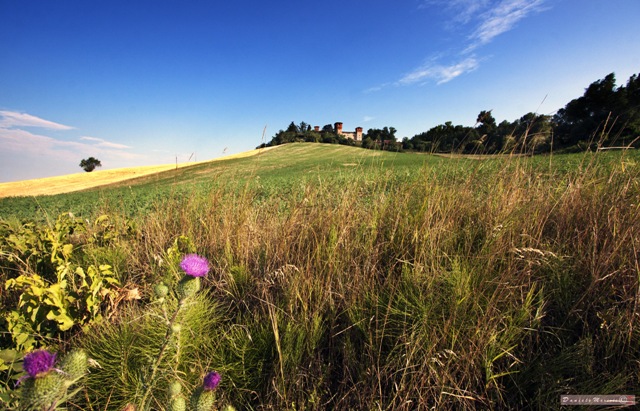 Val Luretta is a small valley in the Province of Piacenza formed by the Luretta stream and nestled between the Tidone and Trebbia Valleys.

The morphology of Val Luretta makes it a very tranquil place with hardly any traffic and a very temperate climate without excessive temperature ranges.

In the flatlands of the Val Luretta the famous Trebbia Battle took place. Battle won by Annibale  which inflicted a heavy defeat upon the Roman army.

Val Luretta valley includes the following towns: Piozzano and Travo in the hills and Agazzano, Gazzola, and Gragnano Trebbiense in the plain.

The economy of the valley is predominantly agricultural: there are many cattle and pig breeding farms, cheese and wine making. There are numerous restaurants and trattorie which offer the typical local cuisine as well as many farm holidays.

As far as culture and tradition are concerned, ancient dances and music accompanied by the Apennine fife are worth mention.

According to legend, in 303 A.D. the Roman legionnaire Antonino was captured in Travo and decapitated in Piacenza  for having refused to offer sacrifices to pagan gods. He was worshiped the following century and became the patron saint of  Piacenza along with Saint Giustina. The first cathedral of the city of Piacenza was dedicated to him: the Basilica of Saint Antonino.

The church built in the XI century in Travo is dedicated to Saint Antonino. The XII Century Castle hosts an Archeological  Museum inaugurated in 1997 where there are prehistoric findings from the paleolithic to the iron ages . The Archeological Park of Saint Andrea was discovered in 1983 and dates to the Neolithic age , 4000 years B.C. There are remains of houses and huts. The Park offers guided tours upon reservation. Tel. 0523/955022