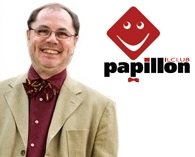 “There is fine wine in Vicobarone.” Even the monks of the Sacred Roman Empire knew that fine grapes were cultivated in the hills of the Piacenza province.

Angelo Rigamonti, entrepreneur from Brianza , was also aware of this when he bought an Estate of 15 hectors at the beginning of the 90’s. He had a dream he realized  in the magnificent 90’s ,  the renaissance of  Italian Wine – live in the country and produce wine. Today he would be proud of Nicholas , his 30 year old son – degree in literature and philosophy –  who has decided to follow his father’s footsteps.

Nicolas Rigamonti produces aprox 200 thousand bottles a year – from barbera, bonarda, malvasia di candia, and ortrugo grapes.  “Wine, Territory & Quality “ the unwritten rules of this young post modern winemaker  who astonished us with the intensity of his  Malvasia VENDEMMIA TARDIVA 2003.

The malvasia grapes are left to dry directly on the vines and in part in the  attics of the estate. Fermentation of a part of the grapes in barrique and another  Part in stainless steel preceeds assemblage. floreal sweet fruity notes  with the right acidity . No trace of the barrique  except the  “elevation “ of the wine and its Intensity. A so-called meditation wine  also  great with cheese. The glorious dry and frizzante versions of malvasia. Two versions of Gutturnio – frizzante and riserva aged for at least 18 months in barrique.

Last gem:  HOLY MASS MALVASIA WINE – created by Angelo Rigamonti in memory of  his studies at the salesiani school  . This wine has obtained Approval by the curia because  “de gemine vitis  et non corruptum“.