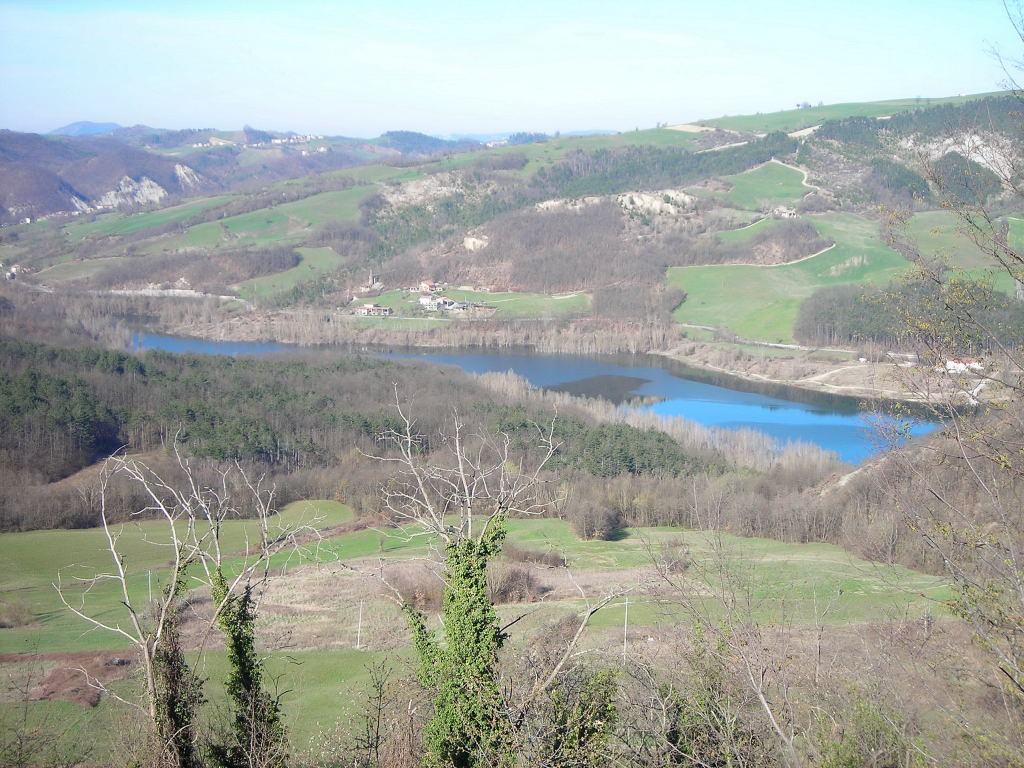 Val Tidone is a valley formed by the Tidone stream and is located between the Provinces of Piacenza and Pavia.

It borders with Val Luretta to the east and with Val Staffora and Oltrepo Pavese to the west. To the south it originates at the base of Mount Penice and its stream flows into to the Po river through rolling hills covered with vineyards.

Forests and woods characterize the highest part of Val Tidone and in the vicinity of Pietra di Corvo the Giardino Alpino di Pietra Corva is situated . A destination for excursionists, the park is surrounded by pine, larch and spruce trees, as well as orchids, peonies, gentians, roses and edelweiss.

Molato, in the municipality of Nibbiano, is the cite of a dam constructed in 1928 and the artificial lake of Trebecco.

Throughout Val Tidone numerous castles, fortresses and towers were built during the Middle Ages for protection against Pavia.

Just to mention a few, Caminata with its characteristic elliptical layout and narrow roads, Rocca D’Olgisio near Pianello, Rocca di Agazzano, and the Castles of Sarmato and Bastardina.

Val Tidone valley has been inhabited by man since the Neolithic age; ancient caves inhabited since the prehistoric ages have been discovered near Rocca D’Olgisio.

The Romans built numerous towns in the hills and above all in the Plain along the via Postumia whose construction was ordered by consul Spuro Postumio Albuino in 148 BC to connect Genova to the Adriatic sea, thus passing through Piacenza.

During the Middle Ages, as of the XI century, numerous religious constructions were built above all along the via Francigena: churches, cathedrals, parish churches. Collegiata of Castel San Giovanni and Collegiata S.Maria Assunta in Borgonovo merit a visit.

In 1322, Saint Rocco stopped over in Sarmato on his way home after his pilgrimage to Rome. Worship of Saint Rocco spread above all in France and Italy.

The gastronomic specialties of Val Tidone are, most certainly, the classic dishes of the Piacenza tradition as well as rice with porcini mushrooms, tagliatelle alla boscaiola, potato gnocchi. Second courses include braised wild game with polenta, snails and braised wild bore. Desserts range from grape pie, mosto cotto, almond pie and buslanei , typical biscuits. Widely popular are the famous cold cuts: coppa, pancetta, salame. There is also a wide selection of DOC wines of the Colli Piacentini territory such as the reds Gutturnio, Barbera, Bonarda, Cabernet; the whites Sauvignon, Chardonnay, Malvasia and Ortrugo.

Read about restaurants and agriturismi reviewed by Luigi Franchi