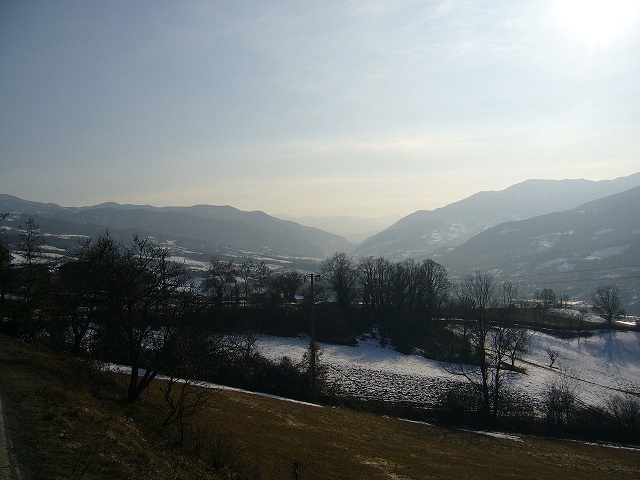 Set between Val d’Arda and Val Trebbia, The Nure valley has always had the most woods and minerals of the Piacenza valleys. Iron extraction dates to the Romans and continues until the end of the first World War.

The valley gets its name from the Nure stream which crosses its entire length from south to north and includes eight towns: Ferriere, Farini, Bettola, Ponte dell’Olio, Vigolzone, San Giorgio and Pontenure

Flora and fauna are rich and variegated. There are numerous woods of beech, chestnut, ash and hazel trees. White firs and pine trees are present in some areas and are the perfect habitat for owls, buzzards, barn owls, hawks and squirrels. Blueberries, raspberries and mushrooms are plentiful in the underbrush. Depending on the various seasons, fields are covered with intense colors of broom, rhododendrons, thistles, cornflowers, snowdrops, orchids, and wild roses.

The medieval towns of Grazzano Visconti and the Castle of Paderna are of historic and touristic interest. Villa Raggio, in Pontenure, dates to the end of the 19th century and was designed by Luigi Rovelli. It is surrounded by a public park of notable naturalistic interest.

The town of Bettola is of particular artistic and religious interest. It became the religious fulcrum after the Madonna’s apparition to a young shepherdess near an oak tree in 1496. In 1954, the Chapel of the Apparition was built near the site. Between 1875 and 1879, a Sanctuary for the statue of the Madonna della Quercia was built and a large piazza dedicated to Cristoforo Colombo who was born near Pradello.

The Sanctuary is tuscan gothic style and has three naves and frescos along its walls. The fresco in the apse is of notable interest and portrays an oak tree where a statue of the Madonna is set in a golden niche.

The gastronomic specialties of the valley, aside from the typical Piacenza cuisine, include mountain dishes such as tagliatelle alla boscaiola, ravioli with mushrooms and risotto with truffles. Second courses include roasted game, wild boar and burtleina alla bettolese. Albarola fig pie and mixed berry pies are the typical valley desserts.

Val Nure is about 55 kilometers from Podere Casale and can be reached by car in about 60 minutes.