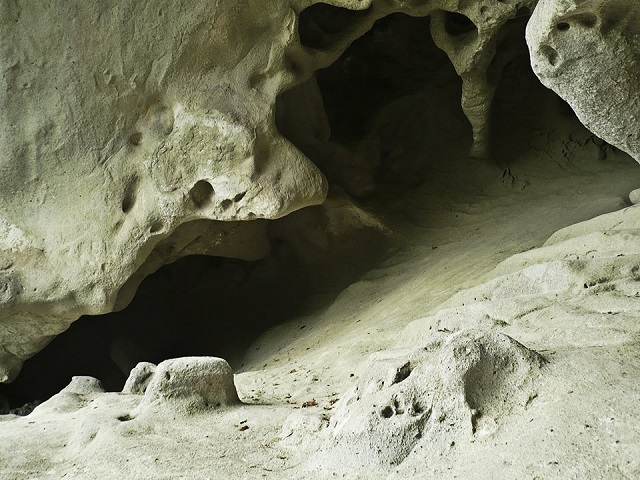 Owned by the Bengalli family, the Rocca D’Olgisio is an alluring large fortification located in Pianello Val Tidone, between the Tidone and Chiarone rivers, in a strategic position. The architecture is unique and well preserved. 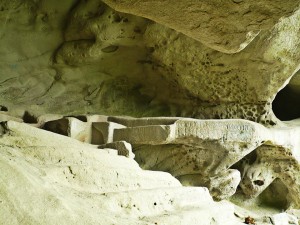 A visit to this fortification means going back in time: according to official documents, the fortress dates to the year 1037 and was built on a sandstone rock ridge where nearby numerous grottoes can be found where primitive man, about 2700 years ago, during the Bronze and Iron Ages , not only used as burial grounds but also lived. .

Inside the grotto named Grotto of the Sante Sorelle Liberata e Faustina, for example, there is  a clearly  visible engraving representing   a branch with leaves surmounted by a stylized figure. Furthermore, right at the entrance, two round holes in the rocks can clearly be seen and were made anciently to create some sort of rudimental barrier.

This means that the stone was used by man. In fact, inside the grotto,  the remains of a series of steps leading to a block of stone probably used as a sacrificial altar can clearly be seen. There are also the letters “ADE” on the wall , the Greek God of the Netherworld.

Numerous grottoes can be visited, not without some degree of difficulty, thus visitors must pay attention. One of the most impressive, for example, is the Grotta del Cipresso or Grotta della Goccia renamed because there is an enormous carved basin that collects the water that naturally filters from the cracks in the ceiling. It was not used for the community but rather as a place of torture: the condemned were tortured with drops of water on their heads. 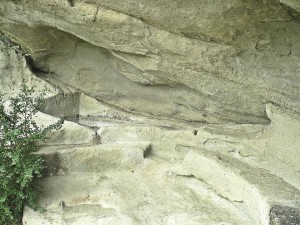 Two other grottoes which bear  signs of human settlement are Grotta del Riparo and Grotta Nera (black), the black color is due to soot deposited on the walls from ancient hearths. Evidentially primitive man used the caves to dwell in and in fact there are steps, seats, beds and even a rudimental oven.

The Grotta dei Coscritti is famous because it was used as a hiding place for those who refused to serve in Napoleon’s army during the Regno D’Italia.

Antonio Zucconi is a great Archeology enthusiast; author of “La scoperta delle Grotte di Rocca D’Olgisio” ( The Discovery Of the Grottoes Of Rocca D’Olgisio) he personally visited and discovered most of these caves: his book describes in detail how he discovered them and there are numerous pictures which show the interior of the grottoes.

Grotto Silvio, for example, has a huge sandstone protuberance with a graffiti: Zucconi made the discovery and informed Dott.sa Piera Saronio an official responsible of archeology in the area.

Immediately after having explored this grotto, Zucconi, risking his life, descended very narrow crevices to dedicate his studies to Roccia Riparo where he discovered cavities later examined by experts and a small iron tool object of extensive study.

The area surrounding Rocca D’Olgisio and Pianello Val Tidone is a constant discovery: breathtaking landscapes can be admired, alluring castles and fortresses can be visited, as well as medieval towns, and prehistoric grottoes most probably the most beautiful and unexplored in Italy.

Those who wish to visit the grottoes of rocca d’Olgisio must be very careful because their access is not easy; in some ,even Zucconi, an expert connoisseur of the area where he was born and grew up, had to use ropes to get into the grotto.