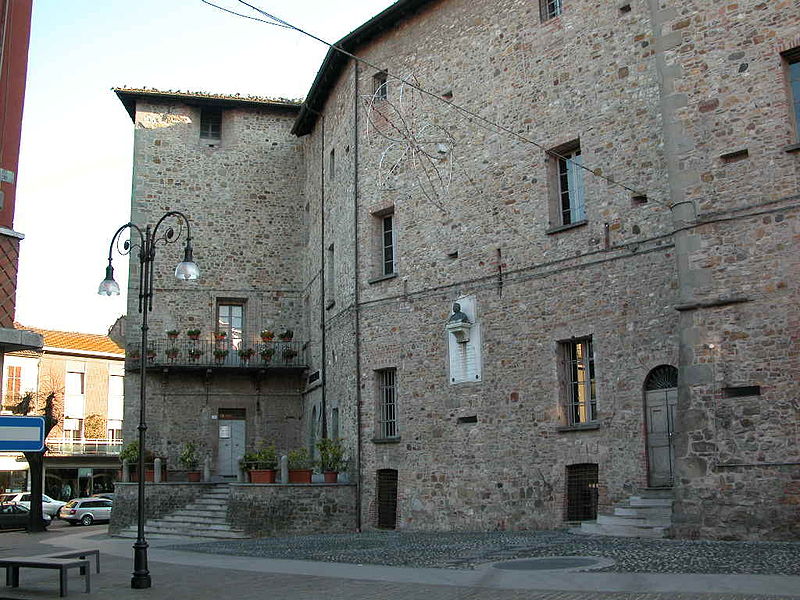 Pianello Val Tidone can without doubt be defined a “pleasure for the eyes: medieval churches and castles dot a territory already worthy of attention with its soft hills where the Tidone river flows, the woods and prestigious prehistoric settlements of geological interest with fossils and minerals. Today Pianello, “Pianel”in the Piacenza dialect, has a population of 2256 inhabitants and the coat of arms of the town is silver with three red stripes.

The history of Pianello goes far back in time even if historical documentation relative to its origin is scarce;it is assumed that it belonged to the Rocca D’Olgisio in the first centuries of the second millennium, but there are even earlier testimonies: historic documents set the birth of “Pianellis,” which means small planes,  in the middle of the First Century B.C. but signs of urban settlements in the area date back to even more remote ages.

The San Colombano Monastery was established in this small hamlet in the X Century and the splendid Rocca, which today hosts Town Hall and the Archeological Museum was built. The Rocca was completely destroyed in 1164 by Barbarossa and rebuilt in 1378 by the Dal Verme family, owners at that time.

In the second half of the XIV Century, Captain Jacopo Dal Verme, ( who dies in 1409) descendant of a family from Verona, refurbishes and enlarges many castles in the area, from Zavatarello to Borgonovo, including the Rocca of Pianello.

The original fortress rests on two stone barrel vaults, eleven meters on each side, and defended by walls a meter and a half in depth. Walls which did not resist the troupes of Federico I Barbarossa (1164) and King Enzo (1244).

The enlargement of the Rocca in the late medieval period is attributed to Jacopo Dal Verme: he constructed a larger building, slightly off axis compared to the original giving the structure its typical look of multiple blocks. The Rocca was restored in the 1990’s and hosts Town Hall, the Val Tidone Archeological Museum, and a youth hostel. 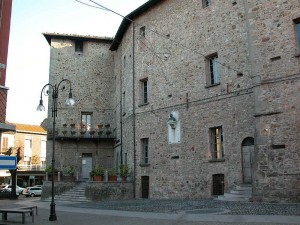 The Rocca is certainly the first monument to visit in Pianello: not only because of its fascinating appearance that tells the story of the various families who owned the Rocca, but also because it relays the intricate history of the town and its inhabitants; the courtyard, for example, over time, has become Piazza Umberto I.

Another small gem is the Val Tidone Archeological Museum, opened in 2002, which attracts numerous visitors every year interested in the extraordinary fossils and minerals found in the Tidone Valley and nearby Pavese area.

The third stop of our tour of Pianello is the 13th century church of San Maurizio, built in 1250; with its splendid 1712 façade, it is a real baroque masterpiece. The church tower (1683) was restored in 1888; three naves and four side alters compose the interior, while a fresco dedicated to  Saint Maurizio and Abbot Colombano covers the apse. The marble altar dates to the year 1777 and the wooden choir to the year 1747.

Only a few kilometers from the center of town, at an altitude of 564 meters, another architectural jewel can be visited: the Rocca D’Olgisio, a fortification built in the IX century, property of the powerful Dal Verme family since the XIV century. Between the XIV and the XVI centuries ,owing to its strategic position, Rocca D’Olgisio was contended by various opposing armies that wanted to occupy Pianello and the Tidone Valley. During the Second World War, Rocca D’Olgisio was the headquarter of the First brigade of the First Division of Piacenza partisans and was thus targeted by artillery shots and attacks by the German army. Rocca D’Olgisio became property of the Bengalli Family of Pianello Val Tidone in 1979.

In the 1990’s, in the area near Rocca D’Olgisio, a Neolithic settlement, Grottoes and a necropolis of extraordinary importance were discovered.

The community is very active. If you happen to be in the area for a short vacation or a week end of relaxation, you should visit the traditional festivities: April 30th / May 1st, for example, the streets of the town are animated by the “Fiera della Galeina Grisa”a grandiose feast that involves all the residents; the last Sunday of the month of August, the Festa del Cotechino is celebrated – an enogastronomic specialty of Pianello that absolutely deserves tasting.; the Fiera D’Agosto ,the last Wednesday in August, celebrates the upcoming end of the Summer Season. The first Sunday after September 22nd celebrates the Patron Saint of Pianello Saint Maurizio. The Sunday preceeding November 23rd celebrates San Colombano: in this occasion it is a tradition to bless tractors and motorcycle riders.