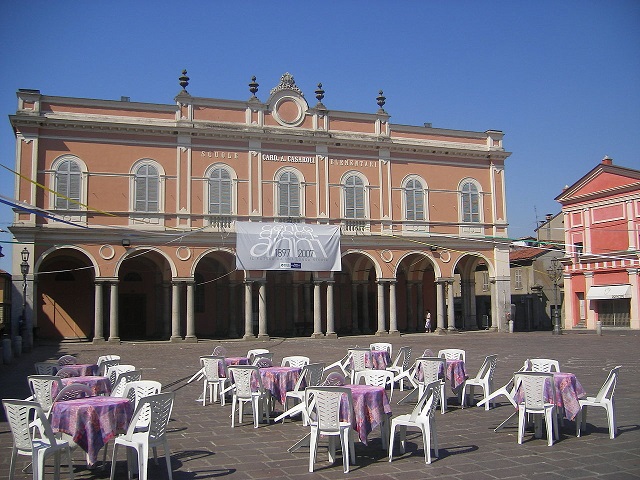 Castel San Giovanni is known for many different reasons, last but not least for being the place of birth of Cardinal Agostino Casaroli, Vatican diplomat 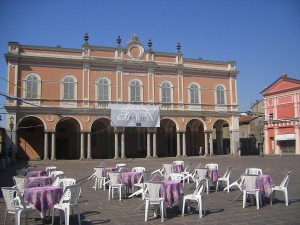 Castel San Giovanni is situated in the Province of Piacenza, at the base of Val Tidone, and has a population of 13,814. It is the last town in Emilia Romagna before entering Lombardia and is located near the Po river in an area exceptionally rich in naturalistic routes to visit and breathtaking landscapes to discover on foot or by bicycle.

The town was founded by the Romans, when it was the IX Roman region of Liguria (Genova was the capital); it later became a part of Emilia and then Lombardia under the governors of Genova and Piacenza. Owing to its strategic position, the territory of the town was in the hands of several rulers: from Longobards to Franchi, to Obertenghi. In the middle ages, Castel San Giovanni was called Castrum Sancti Johannis de Olubra, and belonged to the fiefdom of the monks of San Colombano in Bobbio.

In 1252, during battles between the Guelf and Ghibelline armies, the town was completely destroyed by Ferrario Cane; Albero Scotti ,nobleman of Piacenza, rebuilt the town towards the end of the year 1200 renewing its antique splendor.

Between the XIV and the XVI centuries, the fiefdom passed under the control of the Fontana, Arcelli, Pallavicino, and Dal Verme families. In 1436, under the Dal Verme rule, Castel San Giovanni became part of the Contea of Bobbio and Voghera to then fall under the Ducato of Parma and Piacenza.

Other noteworthy monuments in Castel San Giovanni are: the ancient San Rocco church dating to the XV Century and the XVI Century Torricella church.

San  Rocco was built on the foundations of a X Century church; according to documents preserved in museums of the area, the ancient church was dedicated to Saint Peter. The church we see today was inaugurated and consecrated in 1476: the monks of the Serviti dell’Osservanza order chose this site for the church and convent; most probably the later was built on the ashes of an ancient “Hospitale” for pilgrims along the Via Romea. The philanthropist Albesani converted the convent in an elderly persons’ nursing home which now belongs to the Municipality of Castel San Giovanni; the entire structure has conserved its original appearance.

The history of San Rocco was, at the very least, turbulent: in 1805, during the Napoleonic period, the church and convent were confiscated and used for military purposes. Sixty years later, in 1863, San Rocco became the headquarters of a flourishing silk worm market. The XX Century marked a return to tradition and in 1923 the church was consecrated and returned to its original religious functions; in 1931,the  architect G.U. Arata  was in charge of restoring and bringing the façade to its ancient splendor.

The interior of San Rocco is impressive: three small naves embellished by  cylindrical cotto pillars which support the splendid vaulted ceiling. Beautiful 15th Century frescos can be admired as well as a wooden statue of Cristo Morto and Maddalena Addolorata.

Santa Maria della Torricelle is another church to be seen in Castel San Giovanni. It is located on the outskirts in Via Garibaldi. Its brick façade stands out amid surrounding buildings. In between the pilasters, round arch niches can be admired. In the center of the façade a single rectangular entrance is enriched by stone jambs. Light comes from a large window at the upper center of the façade. Close to the ceiling, three small square brick pilasters are surmounted by a stone pyramid shaped spire.

The interior is beautiful with its barrel vaulted ceiling, segmented arches, side chapels, wooded statues of Saints, Madonna  and Christ. The presbytery is a step above and the marble floors are surmounted by a marble balustrade. The walls of the church are decorated with frescos dating to the XVII and XVIII Centuries.

Aside from Cardinal Casaroli, many other famous personalities were born in Castel San Giovanni: the athlete Manuela Gentili; the partisan Giovanni Lazzetti; the bicyclist Alessandro Maserati; the politician Nino Mazzoni; the actors Pippo and Mario Santonastaso